She was beautiful and had an impeccable sense of fashion. But Natasha Kohli was still the butt of all jokes in her office, thanks to the fact that she sweated a lot and hence, had a foul smell around her. She tried the best of perfumes and deodorants, but all in vain. Life was wretched for Natasha before doctors advised her to go for Botox treatment. Though initially apprehensive, Natasha decided to try it. "I had a miserable social life. Every time I saw my friends looking at me, I thought they were making fun of me," she said.

In hindsight, she says she made the right choice as she no longer sweats that much and the bad odour has gone. "I feel like a different person," Natasha beamed.

Doctors say Botox is increasingly becoming 'the' choice of treatment for people, especially girls, suffering from hyperhidrosis, a medical condition in which you sweat excessively. When excessive sweating affects the hands, feet and armpits, it's called primary or focal hyperhidrosis. While primary hyperhidrosis affects approximately two to three per cent of the Indian population, less than 40 per cent of them seek medical advice. Though excessive sweating is a common problem in summers and attributed to the season, many girls in the Capital are going for Botox treatment. Twenty-nine year-old Sarmishtha Sharma recently underwent the treatment for excessive sweating.

"It (too much sweating) hampered my day-to-day life. I always carried a deodorant or a talcum powder, but to no avail. So I decided to go for Botox this season. Things are different now," Sharma said.

Similarly, 24-year-old event executive Ritika Kapoor couldn't beat the heat and used to sweat a lot. She always wondered what others were thinking about her as she managed events at lavish hotels. Ritika, too, chose Botox. "I used to dread going outdoors. I had to avoid all places which didn't have ACs. But after Botox, my life has changed. I am a happy woman now," Ritika said.

"Hyperhidrosis can be very embarrassing in summers, particularly when someone is wearing a white-coloured shirt. It is equally common in men and women and it is a common treatment to go in for Botox, for it gives a good, temporary cure for the season with no side effects," Dr Deepali Bhardwaj, dermatologist, Rockland hospital said. 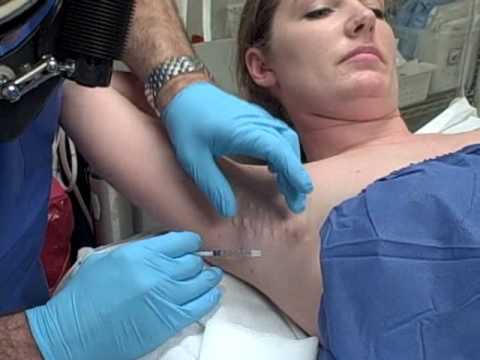 "Botulinum toxin selectively blocks the release of neuro transmitters which cause the activation of sweat glands and hence no sweat is released. Another good procedure is surgery which does not involve nerves but is a simple 20-minute procedure that is a lifelong treatment and the sweat glands are selectively removed from the underarms under local anaesthesia," she added.

Among summer problems, sweating has the most adverse effects as it can trigger other discomforts such as itching and irritation. The bad odour that accompanies sweating also puts a question mark on personal hygiene.

"Taking a bath and using deodorant are beneficial if sweating is at a moderate level. These fail when it comes to excessive sweating. In such cases, it is always advisable to go for medical assistance. Among the treatments for excessive sweating, Botox has been gaining ground over the past few years. Botulinum toxin type A (Botox) is an FDA-approved medicine for hyperhidrosis," Dr Simal Soin, a dermatologist, said.

"After performing a risk-free and painless starch test to locate the sweat glands, a small dose of Botulinum toxin is injected in approximately 12 to 15 places on each underarm. It temporarily blocks the nerves that stimulate sweating and also checks the overactive sweat glands. Botox is a one-time treatment and its results could last six to nine months. It is quite safe if done by an experienced doctor," he said.

Hyperhidrosis is considered to be a hereditary condition and the causes are unknown. "Excessive sweating could also be a symptom of underlying diseases or conditions such as hyperthyroidism (the condition where the thyroid gland produces excess thyroid hormone) and hypoglycemia (low blood sugar level). It is called secondary hyperhidrosis," Dr Vandana Chatrath, dermatologist, said.

Tags: botox,armpit,Reduce Sweat Glands
blog comments powered by DISQUS back to top
Back to articles